What is an Airsoft Gun?

What is an Airsoft Gun?  What are the mechanics of the guns?  The different types of guns and are they safe?  Let’s look at what started this craze.

During 1980 when Japan banned guns, hobbyists started working on what would be the first airsoft guns.

From there the originals were made as mockups and then small production was started.

It didn’t take long for Japanese companies to realize they had something here and start to take notice.

These guns were very much like the real deal, however, they shot plastic bullets instead of live ammo.

These guns started in mass production and airsoft games were born.

These games often were made up of young men.  Most of these games mimicked warcraft and strategy games. Planning out strategic plans and playing them out on the field had these guys hooked.

The word of Airsoft spread slowly across Asia and Europe before ever entering the United States.  Eventually airsoft guns were first introduced in the US in the early 1990’s.

As the bb’s evolved into something that wouldn’t cause great harm, so did the airsoft games.

At first the airsoft guns were used for target shooting but once it was discovered that they could not cause bodily harm the strategic and military like games started to evolve.

In the beginning, there was no foresight on how popular these games would become over time. 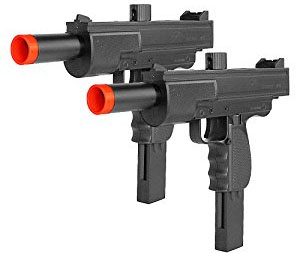 Airsoft guns should not be confused with Airguns.

Airguns are your traditional metal bb shooting guns that can be used in hunting.  They shoot a bullet that is powerful enough for killing small prey and should not be used for playing warfare style games.

However, airsoft guns fire soft enough to not be classified as a hunting gun and can be used.

Airsoft has taken over the Paintball niche due to the markers and paintballs being much more realistic.  The paintball leaves no residue and can be played everywhere.

However, you can go up in price rather quickly as you get more involved in the sport.  But, this price hike is only for personal preference like automatics, airsoft sniper rifles ,accessories etc. Airsoft guns to get started is actually pretty inexpensive.

Different Types of Airsoft Guns and their Mechanics

The spring loaded are the least expensive of all the airsoft gun types. Airsoft spring loaded guns shoot their pellets by the compression of a spring.

Because of this, it will need to be cocked back to reload to utilize the springs kinetic energy. This style of airsoft gun is the least expensive but

does have the same mechanics of a real gun.

Unfortunately due to the mechanics the spring loaded airsoft gun, it will never be a efficient at shooting airsoft bbs at semi-automatic or automatic rate of fire.

This doesn’t stop any innovators and hobbyist, if you wish to try to convert your spring loaders into semi or automatics there are plenty of tutorials out there.

As you might have guessed it electric airsoft guns or  Automatic Electric Guns (AEG’s)runs on batteries, which are most popular. The batteries will have to recharge and could hinder play.

Electronic Airsoft guns are a replica gun that propels plastic BB’s that are stored in the chamber through gears and pistons.

These guns can fire their pellets rapidly and can fire more at a semi-automatic or automatic rate.Below is an animated example of how an AEG gearbox works. Source Wikipedia

Electric guns can shoot their bullets up to 60 yards as opposed to spring loaded that only fire 40 yards.

The electric guns are the most popular for good reason.  They don’t have to be cocked each time, the batteries can be rechargeable so you don’t have to constantly be buying them and they have distance.

Compressed CO2 gas powered types, be sure to note that the CO2 drains rather quickly in these guns.

The gas powered airsoft gun is the most popular among collectors and advanced players.

The electric guns are the most popular but gas-powered guns have a stronghold on a certain segment of the population.

The gas powered weapon fires the bb’s at a  faster rate and the furthest. But, the gas can get costly and this option just isn’t for everyone.

Yes, there are actual airsoft games and sports.  There are things as basic as capture the flag games that there are teams trying to get the other teams flag.  Reenactments, Milsim or Military stimulation, airsoft skirmishing, and Competitions. 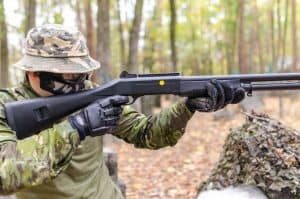 Capture the flag, the last man standing, hostage rescue are some of the basic airsoft games.

Air Squimish can be played anywhere, which is another reason airsoft is so popular. You can literally round up some friends and go!

Skirmishing is something that is used in other sports like paintball, fencing, and martial arts.

The traditional formation used by the military which is a widely spaced open battle vs a tight ring of battle.

This is where strategies and executions take place. There is typically a captain of the teams and airsoft military principles are executed. 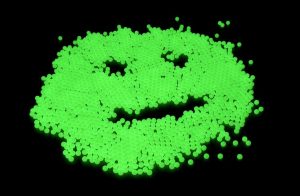 Now that we have answered the questions about what is an airsoft gun?

lets dive into airsoft safety, when handled properly they are very safe but like any other sports precautions like below need to taken in and out of the field.

Please include attribution to Product145 with this graphic.