lipo vs nimh ?! If you’re a hobbyist, then you don’t need anyone to tell you about the importance of your batteries.

Without batteries, your vehicle would be nothing more than a stand-still model.As much as you might like to admire your RC toy on a shelf, you probably enjoy driving it even more.

Because your batteries play such an important part in your vehicle’s performance, it’s important to know about the different types of batteries. Here’s a look at how two batteries often used by hobbyists stack up against each other.

What are LiPo Batteries?

One of the most common uses of these batteries is in RC toys. For that reason, hobby enthusiasts need to know a little about the battery and how if differs from its predecessors such as NiMH batteries.

Curious about the science behind it? It may sound complex, but it’s not. This type of battery depends on the insertion (intercalation) and removal (de-intercalation) of Lithium ions.

They travel from an electrode that is positive to one that is negative. The liquid in between the two electrodes allows the ions to travel.

Also in between the electrodes is a barrier (a microporous separator) that prevents the electrodes from touching. In LiPo batteries, the separator is a polymer, hence the name. 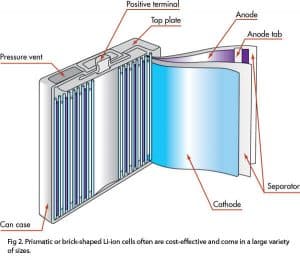 LiPo batteries don’t have the typical hard, metal case that many other batteries have.

They use a flexible polymer laminate case, removing the rigidity of metal cases. This makes the battery much lighter than its alternatives.

This lightness can be a game changer for hobbyists who are trying to improve their vehicle’s speed.

There is a very specific way to charge LiPos. Certain battery packs have cells connected in a series. When that’s the case, you need a special charger that can monitor the charge on each cell, so that no one cell has a greater charge than another.

If there is a cell that has been overcharged, there can be some serious consequences. The battery cells expand at a rapid rate, and delamination can occur. As a result, there will be bad contact inside the cell and the life of the cell will decrease.

What are NiMH Batteries?

And then, there are the NiMHs. Nickel-Metal Hydride batteries are the older (technologically speaking) alternative to LiPos. They function very differently from LiPos, and it all starts with the chemical reactions involved.

NiMH battery cells use an alkaline electrolyte, which is often (but not always) potassium hydroxide. Nickel Hydroxide makes up the positive electrode of the battery, while hydrogen ions make up the negative electrode. 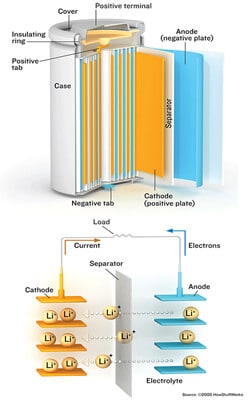 That’s where the metal hydride part of the name comes in. Metal hydride stores the hydrogen ions. Hydrophilic polyolefin nonwovens are the separator. Of course, they follow the same basic principles as LiPos and any other batteries on the market.

There are several different ways to charge NiMHs. While they are less sensitive to overcharging than LiPos, they can still be damaged from overcharging.

The safest way to charge them is by trickle charging. You need to start with a low, fixed current and then you can worry less about overcharging.

Fast charging is a little riskier. You need to stop charging before the battery becomes overcharges, and this is particularly difficult for this type of battery.

You can’t use typical methods to detect a drop in voltage (which shows that the battery is fully charged) because there is almost no drop in charge in NiMh batteries when they reach full charge. However, you can use temperature change to get a faster charge.

Conclusion for lipo vs nimh

Personally, I’m a LiPo guy but they add up fast and investing in a good LiPo is the way to go. But you might have different needs and wants for your battery than the next hobbyist.

If a low budget is your prime issue, then NiHM batteries are the way to go (again, personally they are outdated but cheap). If you only care about getting a battery that can hold a charge the longest, then LiPos are the right choice.

You need to consider what your goals are. Once you do that, you can choose the perfect battery for the job and worry about lipo vs nimh debate.

If you’ve decided to go with LiPo check out our other article that focuses on getting the best LiPo battery charger.