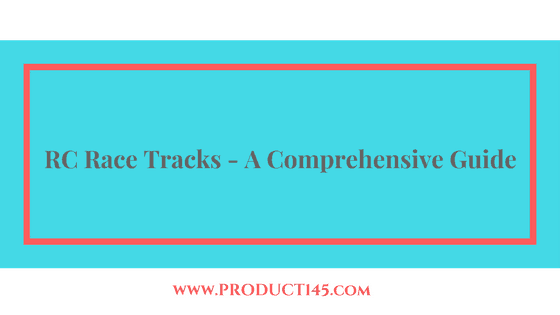 Whether you are a casual hobbyist or a hard-core racer, an on-road or off-road driver, nitro nut or electric RC lover; at one point in time you might feel the deep yearning within you to try RC Race Tracks.

With ever improving technology and ready-to-run RC vehicles, radio-controlled racing was never this easier.

Though fun in its own right; solo backyard RC racing can never match the thrill and excitement that comes with a real race packed to the brim with professional racers.

In any high-stakes race, your victory depends on the skill and your ability to adapt your vehicle according to the track.

Each RC race track is different, composed of a variety of materials and has its own set of rules. Mastering the ins and outs of a track will transform you from a run of the mill racer to a tournament winner.

Have your kit ready?! want to go out and test it out?! we’ve put together a list of all the active RC tracks in USA, go out and check’em up!

The origin of RC tracks is directly tied with the advancement of radio-controlled vehicles.

The first Nascar Race was held as early as July, 1949, however first tournament for RC took twenty eight more years before it finally happened in 1977.

Early 70’s cars were designed to run on-road and thus tracks ranged from parking lots to paved roads and backstreets.

With the advent of Tamiya Rough Rider in 1979, racing was changed forever as off-road dirt races were introduced. These races consisted of slippery tracks with gravel, dirt and sand.

In those days large pin tires constantly damaged and ruined tracks so drivers had to adjust accordingly. It was more wild and dangerous than it is today.

After 1990’s came the era of small pin tires, those tires were designed for extra smooth tracks with high traction grips.

Engine advancement increased the top speed and even off-road tracks started supporting speeds of above 40 mph. In this era electric motors also gave rise to “touring” cars. They were followed closely by mini-cars.

Clay and Astroturf are being considered as off-road tracks though dirt lanes still maintain their popularity.

Most recent times have seen the advancement of sugar coated, calcium chloride and mineral oiled tracks that feel almost like concrete.

RC race tracks are same in principal to your normal racing tracks, yet they are entirely different in experience. A major factor which separates RC tracks from conventional tracks is size.

Full sized tracks are a major affair extending for many kilometers and miles. RC tracks on the other hand can be made just almost everywhere. Your abandoned dirt backyard, parking lanes, pavements, baseball fields and concrete roads all can be converted to a racing track.

All you need are some tools to make the ground suitable for RC vehicles.Size advantage of RC tracks gives rise to custom home-made arenas which are really fun to play on and great for regular practice.

At the club level, both off road outside and indoor arenas are available. These arenas typically consist of meandering and twisting circuits with jumps, sharp bends, steep jumps, crossovers accompanied with straight aways.

Another difference in RC track engineering is the materials involved. Track lanes are usually made using plastic pipes while the track material can be anything from Astroturf and Carpet to real concrete roads.

Some RC race tracks can be custom designed by using a combination of materials. Real-tracks on other hand cannot have Astroturf, Carpet or Asbestos.

On-road races happen on paved streets and proper roads. They are like a miniature version of F1 Grand Prix.

RC vehicles are popular sports cars which can reach top speeds of 60 mph. Cars can be 4WD and are a lot fun to drive. You can typically make parking lots, or any street as your on road racing tracks.

Things get really interesting when we talk about off-road tracks. From loose dirt and loam to rubber mats, off road tracks have seen huge evolution.

These severely test your abilities as a driver and rely heavily on throttle control.

Let us look at most popular types of RC tracks:

Just like full size off-road racing, these tracks are filled with sand and gravel. They are really fun to drive on! Imagine your Monster Truck screeching as it drifts on a sharp 135 degree turn sending loose gravel flying in every direction.

Off Road tracks get major points for their “Cool Factor”. Speed is less prominent as these tracks are filled with obstacles. The fun is maneuvering around those roadblocks to get the fastest lap time.

As a negative, these tracks are really costly for vehicles. Extensive maintenance after race is required so your buggy or truck is in top shape for next competition.

If not cleaned, dust can mess up your engine. Tires also need to be changed as high wear and tear can happen. Before race, these tracks usually get watered to keep the dust and gravel settled.

Are you tired of getting too dirty? You can look at clay tracks! Closely related with dirt tracks, clay tracks are usually made of a mixture of clay and sand, sometimes 70% clay and 30% sand. It is basically just like dirt in a baseball field.

Clay can be easier to get a hold on and as long as it remains relatively moist it is fun to race on. However if Clay turns hard then it can be a nightmare for wheels. It acts like a sand bag for tires, causing high wear and tear.

Sometimes clay tracks can get holes and lumps after races, to avoid that calcium compounds can be used to hold the surface together better. Many high racing circuits prefer clay over dust so you should definitely check out clay racing.

Normal indoor carpet usually is not suitable as it causes fuzz and carpet will not last much long. Carpet tracks are also a lot easier to be setup and removed. Other good brand carpet tracks include Fast Track, Daytona and Rubber back carpet.

AstroTurf or artificial grass which is popular in Hockey, Football and other sports fields has made its way finally to R/C racing.

It is very surprising as the track for recent IFMAR (International Federation of Model Auto Racing) championship held in Japan was complete green AstroTurf. This is the first time a grand scale championship has happened on AstroTurf.

AstroTurf is being preferred because of its advantages which include track staying intact and not getting blown away after racing. For club owners this is a huge advantage as it means less after race maintenance.

Your cars and trucks stay relatively clean and little to no cleaning is required on cars after any race. Traction grip is great and you can easily race on wet outdoor tracks.

Prior to laying down of AstroTurf tracks, the ground is removed of all organic plants, properly tilled and after that heavy AstroTurf is laid down. Bumps and any lumps should be avoided and the track must be laid perfectly the first time around.

Disadvantages of AstroTurf are usually advocated by hard core racers who prefer good old dirt over the clean racing. It is true though, AstroTurf does look less cool and too “clean”. However, it is rapidly gaining in popularity and many clubs especially in Europe and Asia are switching to turf.

They almost always require a complete set of tire change every time you hit the track. Thus, it becomes costly for an average beginner racer.

Major Features of RC Race Tracks and how they are used

Typically RC race tracks consist of a variety of features aimed on testing the skill of the driver. Throttle control, tires, weight, speeds, center of gravity, engine, refuel rate all comes into play on any high stakes race.

Jumps are a major feature of RC racing, typically a steep slope is provided for cars and trucks to jump. Seeing multiple trucks jump is a sight to behold.

Depending on the number of vehicles involved lane width vary from as small as 6 ft to about 15 ft. Narrow lanes can be provided for more precise driving.

As the name suggests, doubles are two jumps one after another. Relying a great deal upon timing these jumps are usually cleared by drives both at same time. Clearing doubles can mean the difference between winning and losing a race.

Moguls are typically mounds in a haphazard fashion along the track. Drivers have to ensure to get the straightest course through these mounds.

Crossovers can be included in the tracks along with jump, though they are highly dangerous and can cause vehicle collisions.

This type of turn also known as berm gives outside turn a downward slope towards track center. Drivers can typically use banking at high speeds.

Opposite of positive turn, this one slopes or leans towards track center. As a caution this turn must be taken at a slow speed.

It is a few feet high section which is flat like a plateau, these are usually there after either a slope or a jump.

Which RC vehicles to Use on Different RC Race Tracks

On road RC race tracks: For on road asphalt or paved tracks, small RC cars in size of 1/10 or 1/8 are best suited.Another popular choice is micro electric powered touring cars. Buggies are also constantly used for on road tracks and can hold their own against cars.

Since off road racing is harder, it is recommended that beginners use an easier vehicle such as a Crawler or a Traxx Stampede.

Apart from cars, real deciding factors happen to be tires. Depending upon the traction, tires play an important role.

Small pin, grooved and other tires are common. Smart racers choose their vehicle tires based upon the track for added performance and speed.

Other deciding factors include 2WD or 4WD. 4WD are easier to drive however when it comes to speed 2WD are preferred as engine provides power to only two wheels as opposed to four. Thus tracks largely influence the selection of the vehicle type, chassis, engine, body, drive train, and tires.

Monster trucks have greater durability as compared to cars and thus they can be used on Off-road terrains.

It is also advisable to race with spare set of tires, in case of rubber/pvc wear and tear (especially with drift cars) that is becoming a lot more common for Astroturf tracks. Sugar-coated tracks have further aggravated the problem with their high traction and grip. If you want to know more about RC drift cars check out here product145.com/best-rc-drift-car/.

At the end of the day it all comes down to practice and adaptability. AstroTurf, rubber mats and clay seem to be the future of RC racing and speed is the dominant factor in both on-road and off-road RC racing.